María Elena Torre, Ph.D. is the founding Director of The Public Science Project and faculty member in Critical Psychology at the Graduate Center of the City University of New York. For the last 15 years she has been engaged in critical participatory action research projects nationally and internationally with schools, prisons, and community-based organizations seeking to further social justice. Her work introduced the concept of ‘participatory contact zones’ to collaborative research, and she continues to be interested in how democratic methodologies, radical inclusion, and notions of solidarity impact scientific inquiry. She is a co-author of Echoes of Brown: Youth Documenting and Performing the Legacy of Brown v. Board of Education and Changing Minds: The Impact of College on a Maximum Security Prison. Her writing can also be found in volumes such as the Handbook of Qualitative Research in Psychology (American Psychological Association), Participatory Action Research Approaches and Methods: Connecting People, Participation, and Place (Routledge), the Handbook of Action Research (Sage), and in journals such as Feminism and Psychology, the Journal of Social Issues, Qualitative Inquiry, and the Journal of Critical Psychology. She is presently serving on Mayor de Blasio’s Taskforce on School Climate and Discipline. Her current research includes leading the “What’s Your Issue?” a participatory study with LGBTQ and gender non-conforming youth co-researchers that is documenting the priorities, dreams, and desires of LGBTQ and gender non-conforming youth. 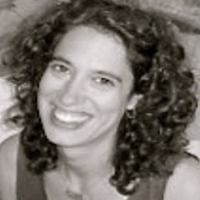