Architecture in Development: Systems and the Emergence of the Global South 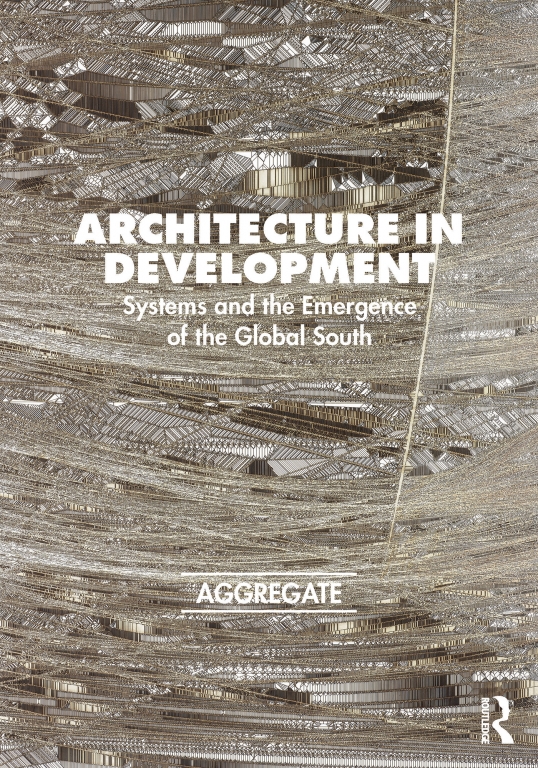 Cover of Architecture in Development: Systems and the Emergence of the Global South (Routledge 2022).

Architecture in Development: Systems and the Emergence of the Global South

This extensive text investigates how architects, planners, and other related experts responded to the contexts and discourses of “development” after World War II. Development theory did not manifest itself in tracts of economic and political theory alone. It manifested itself in every sphere of expression where economic predicaments might be seen to impinge on cultural factors. Architecture appears in development discourse as a terrain between culture and economics, in that practitioners took on the mantle of modernist expression while also acquiring government contracts and immersing themselves in bureaucratic processes. This book considers how, for a brief period, architects, planners, structural engineers, and various practitioners of the built environment employed themselves in designing all the intimate spheres of life, but from a consolidated space of expertise. Seen in these terms, development was, to cite Arturo Escobar, an immense design project itself, one that requires radical disassembly and rethinking beyond the umbrella terms of “global modernism” and “colonial modernities,” which risk erasing the sinews of conflict encountered in globalizing and modernizing architecture.

Encompassing countries as diverse as Israel, Ghana, Greece, Belgium, France, India, Mexico, the United States, Venezuela, the Philippines, South Korea, Sierra Leone, Singapore, Turkey, Cyprus, Iraq, Zambia, and Canada, the set of essays in this book cannot be considered exhaustive, nor a “field guide” in the traditional sense. Instead, it offers theoretical reflections “from the field,” based on extensive archival research. This book sets out to examine the arrays of power, resources, technologies, networking, and knowledge that cluster around the term of “development,” and the manner in which architects and planners negotiated these thickets in their multiple capacities—as knowledge experts, as technicians, as negotiators, and as occasional authorities on settlements, space, domesticity, education, health, and every other field where arguments for development were made.

Chapter 1 • Incompletion: On More Than a Certain Tendency in Postwar Architecture and Planning • Arindam Dutta

Chapter 4 • To Which Revolution? The National School of Agriculture and the Center for the Improvement of Corn and Wheat in Texcoco and El Batán, Mexico, 1924–1968 • Nikki Moore

Chapter 6 • “The City as a Housing Project”: Training for Human Settlements at the Leuven PGCHS in the 1970s–1980s • Sebastiaan Loosen with Viviana d’Auria and Hilde Heynen

Chapter 8 • The Technical State: Programs, Positioning, and the Integration of Architects in Political Society in Mexico, 1945–1955 • Albert José-Antonio López

Chapter 17 • Floors and Ceilings: The Architectonics of Accumulation in the Green Revolution • Ateya Khorakiwala

Chapter 19 • Leisure and Geo-Economics: The Hilton and Other Development Regimes in the Mediterranean South • Panayiota Pyla

Project
Architecture in Development: Systems and the Emergence of the Global South